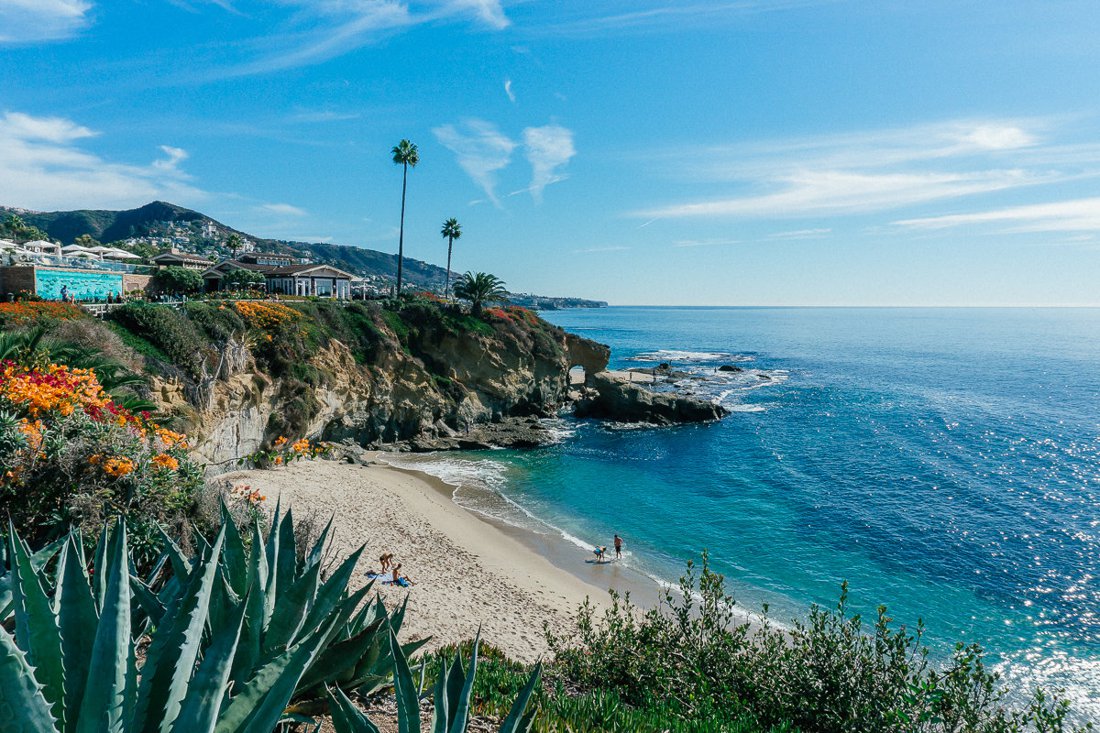 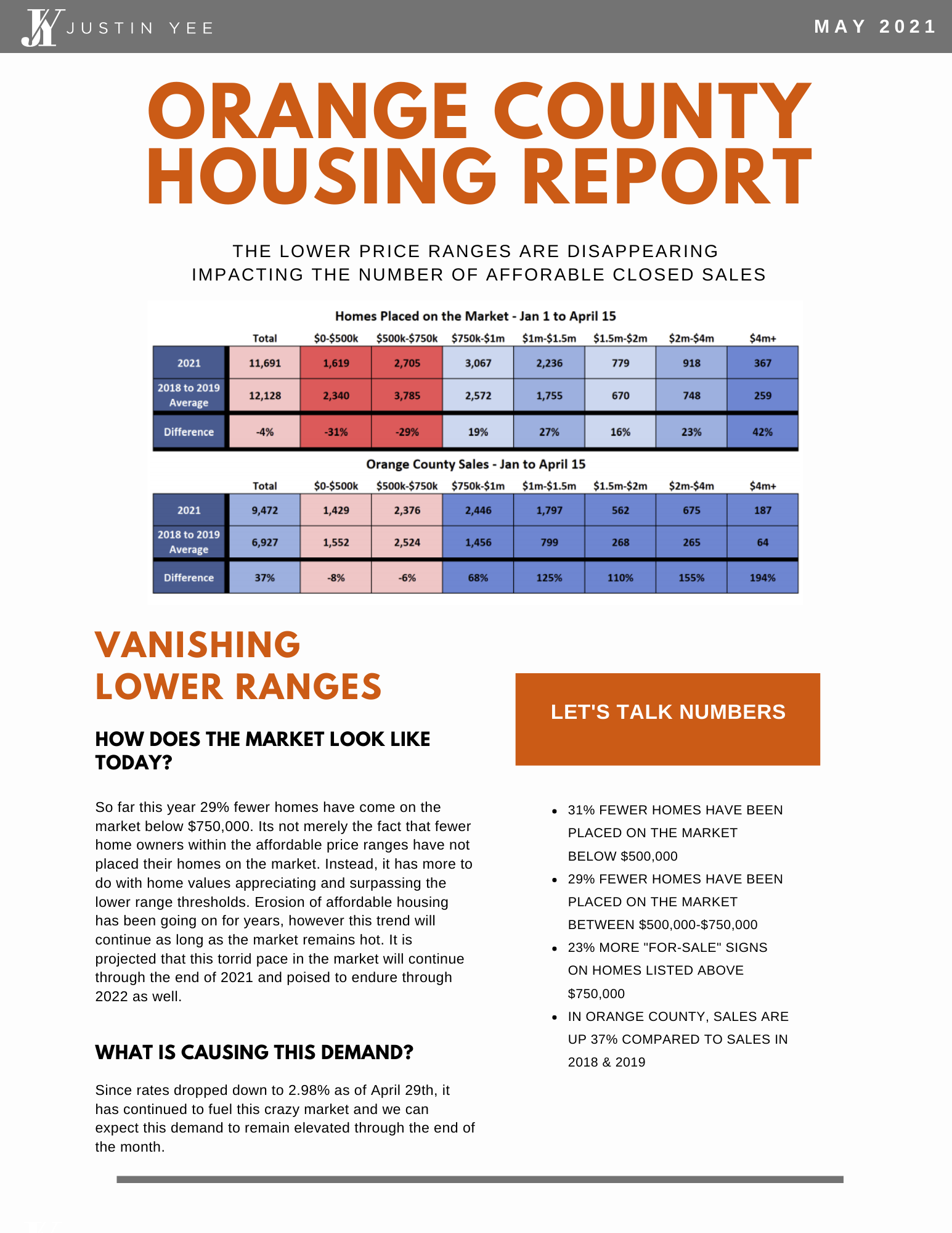 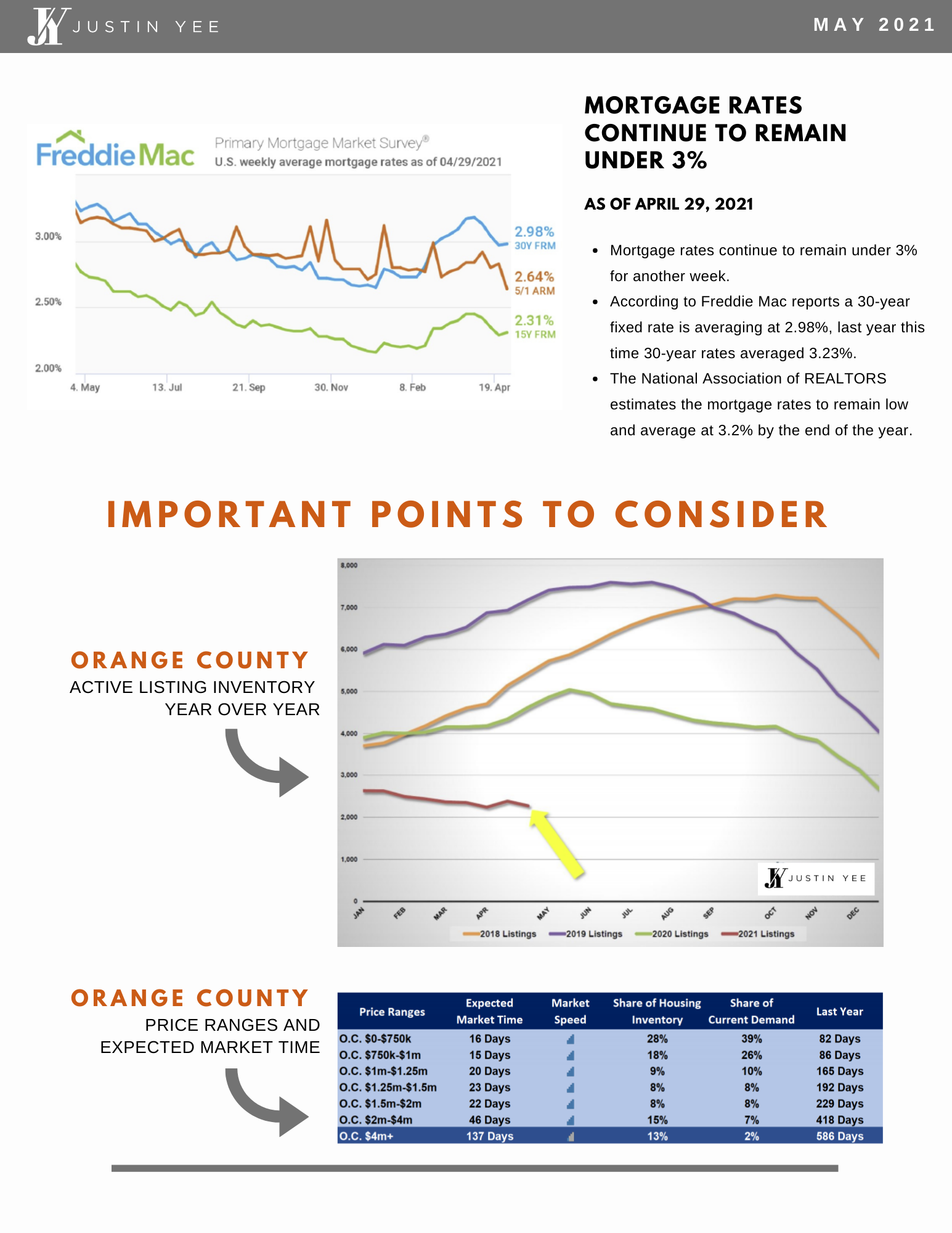 Posted in REO & Foreclosures
no comments yet 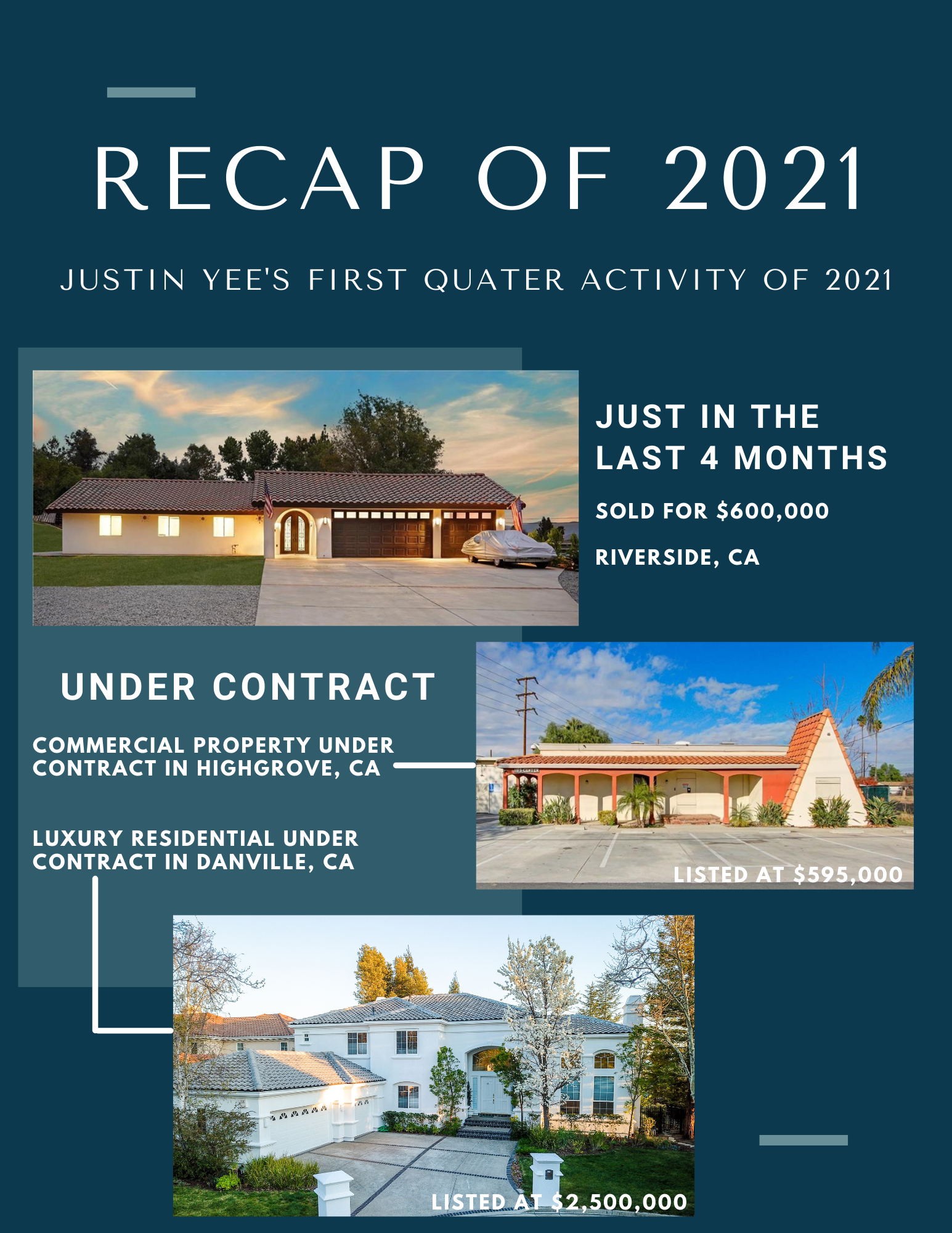 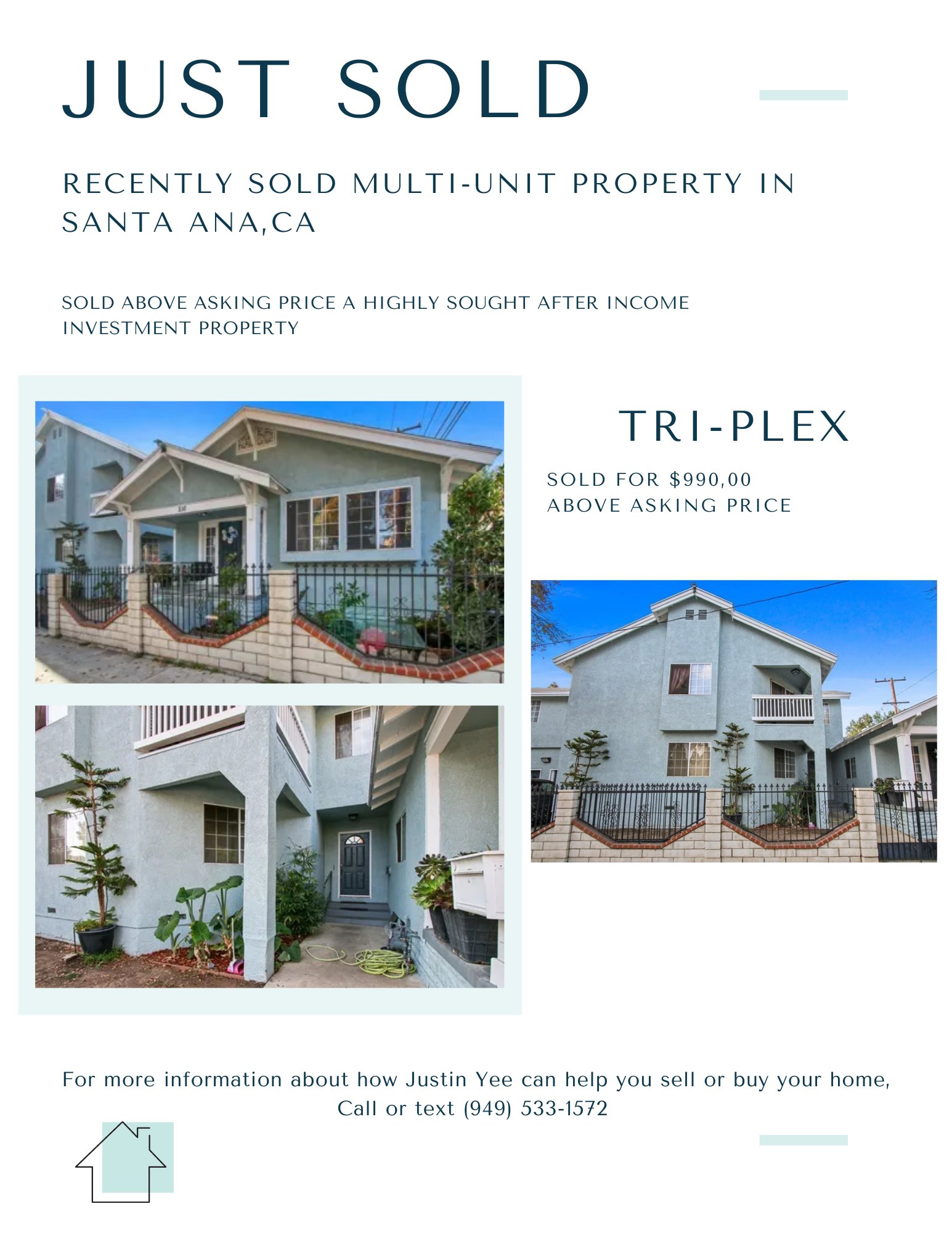 Posted in Orange County Market Report
no comments yet

Homeowners Are Considering Selling, But Are Still Waiting

Almost 1 in 4 Homeowners Are Considering Selling... But Are Still Waiting...

23% of current homeowners questioned are considering selling their home, but haven’t put it up for sale...yet. This is the inventory necessary to normalize the balance between “supply & demand” in the current market.

If you are contemplating getting your home on the market, this may be the ideal time to capitalize on the great market we are in... Contact Justin Yee for a consultation now!

As we enter 2015, we still see a good amount of Buyers seeking homes in Orange County.  While there isn't an avalanche of Buyers knocking down the doors of available home inventory, there are quite a few that are waiting for the "right home" or haven't found "exactly what they're looking for."  With the plethora of detailed information and pictures of homes for sale in Orange County, Buyers begin to feel that the existing inventory that is desirable is being fought over and sold at a premium.  The contemplation of lack of homes they really want vs. what the market is actually providing pushes Buyers into seeking new construction.

Why go after new construction?

Each buyer should sit down with a qualified Real Estate Agent that is familiar with the New Developments in Orange County to see if purchasing a new home is beneficial to their needs in a home.  An experienced Real Estate Agent can also advise buyers which upgrades are worthwhile and which floor plans may be most desired when it comes to reselling the home.

Negotiating buyer credits and rebates is a task best suited for your agent.  Contact Justin Yee for a consultation or for detailed information on new homes in Orange County.

Positive Signs in US Economy Directly Effect US Housing Market

Demand from home buyers still strong.  The combination of low interest rates and home values increasing in the market have contributed to this September 2014 gain.  As of October 2014, there are fewer Investor buyers in market.  Investor home purchases account for about 14% of all home sales.  64% of those investor home purchases were all-cash.

Foreclosures, short sales and REO bank owned homes are selling for about 14% off Fair Market Value.  The inventory of foreclosures is still very low at around 10% of all the market’s combined inventory.

Existing Condominium / Co-Op sales steadily increasing at 5.2% with median condo prices up 3.2% higher than in 2013.

Existing Home Sales in the West Coast of the country has proven to be the strongest market in the country at a 7.1% increase vs. the next highest which is the Midwest at 5.6% increase.  The national average for existing home sales is still down from 2013 as a whole.

Posted in California Market Report
no comments yet

You Can Now Search For Townhomes in Orange County 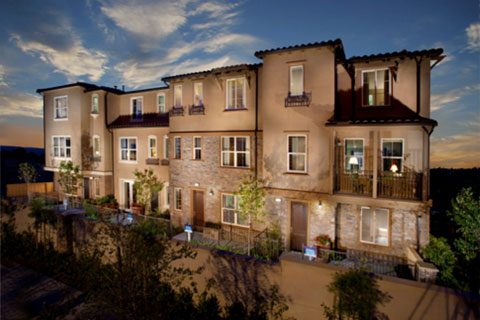 I have added another specialty page that displays the latest town homes for sale in Orange County as soon as they hit the market.  You may also search for town homes throughout the Orange County area with your specific criteria. 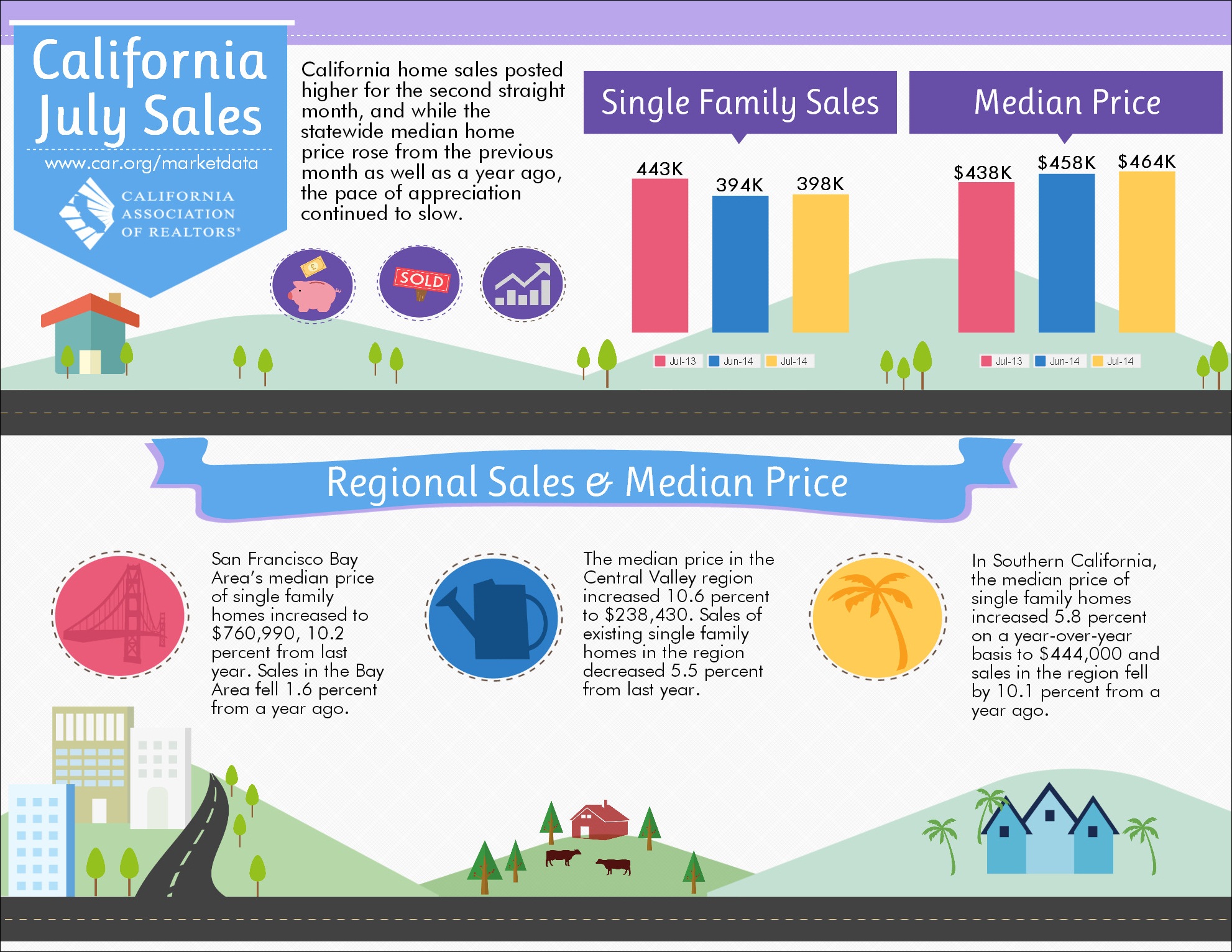 The median home price continues to rise along with total home sales across Orange County and the State of California.  Indicators do demonstrate that the rate in which home prices are increasing is slowing down.  The natural seasonal adjustments do play a factor in this slow down, however I believe as prices rise, it prices many buyers out of the market.  Buyers should be aware of this factor and know that time is of the essence when purchasing in a rapidly appreciating market, especially a more expensive local market such as Orange County.  Currently, Orange County has the highest median price point in any other county in Southern California.

While new construction in Orange County continues to target buyers sitting on the side lines with new homes, the demand still significantly exceeds the supply of available homes for sale on the market.  New construction will help provide alternatives for buyers, but the slow pace in which the development is being completed may not match up with present buyer demand.  Many new residential developments in Irvine have been selling out quickly and have a long list of interested buyers eagerly waiting new homes to be built.  Some new neighborhoods are over 60% sold out already without all construction being completely finished.

Average Mortgage Rates Currently sit at about 4.13% for fixed-rate mortgages.

My clientele has increasingly seen trends of what was once affordable in 2013, edged up to a slightly higher price point where they are considering surrounding neighborhoods, different homes, or saving up until they find what they are truly seeking.   Timing really is key in this market and as we continue to see prices in the Orange County market increase, it's a prudent idea to pursue the probability that buying sooner rather than later will most definitely be in your favor.  As Fall Season approaches, it's a good idea to start looking for homes as a Buyer because the natural seasonal lull combined with eager Seller's pushing a longer period to sell their home is an ideal circumstance in which to pursue negotiation when buying a home.

For more specifics on the market trends in your neighborhood or with your investment property,

Ever wonder where your local schools rank as far as Academic Standing by the California Department of Education?

I found a report where you can measure your current area's school rankings as far as academic performance indicators and other areas of California you may be thinking of moving to.  How do your schools rank?

How Important is Home Ownership To Your Children's Education? 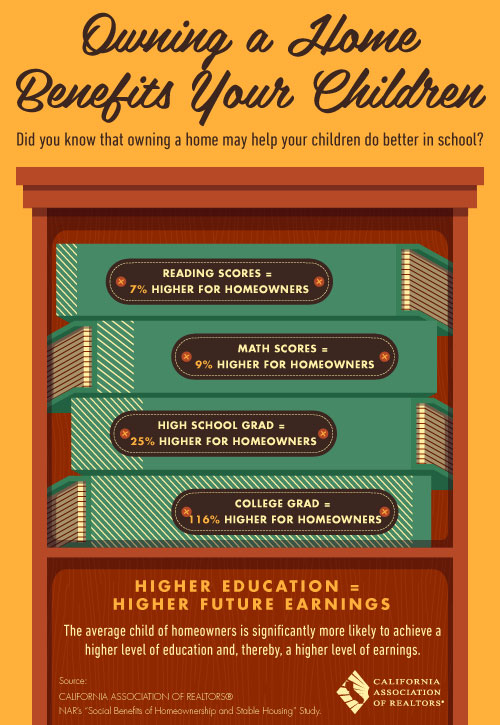 To gather more information on neighborhoods with solid schools with high Academic Performance Index ratings or to schedule a showing within a particular community, please contact Justin Yee and make an appointment.

Holidays Are A Great Time To Buy...Why?

The Holidays Are A Great Time To Buy A Home

The holidays may be a busy time for most people.  Given the season, most people are visiting family, traveling, shopping, and spending their time at leisure.  This is the perfect storm in the current SELLER'S MARKET we live in.  If you're having difficulty getting your offer accepted or just don't seem to be able to find a decent home in your price range - I would suggest making the time to pursue homes in your market during the holidays.  While people are out of town and occupied, you have the chance to push your offer for a home in a way where elements are in your favor.

Ideal homes to go after:

You may be able to negotiate an offer that gets accepted more easily during this period because many times Sellers are not getting bombarded with offers, buyers and agents are both out of town or busy which results in not many showings and offers, and Sellers are in a good mood.

We've had our Buyer's offer accepted at 3% below the asking price in a desirable solid neighborhood in Orange County.  The home was fully renovated on a large lot.  Through our aggressive methodology with offer submission and working diligently with our Buyers, we have developed a competitive edge.  It helps to have a Buyer's Agent that knows what he's doing and will "go to bat" for you when it comes to "put the gloves on" in the negotiation arena.